“Click” (tap) on the map below to view a current,
interactive version of the  Jet Stream forecast. 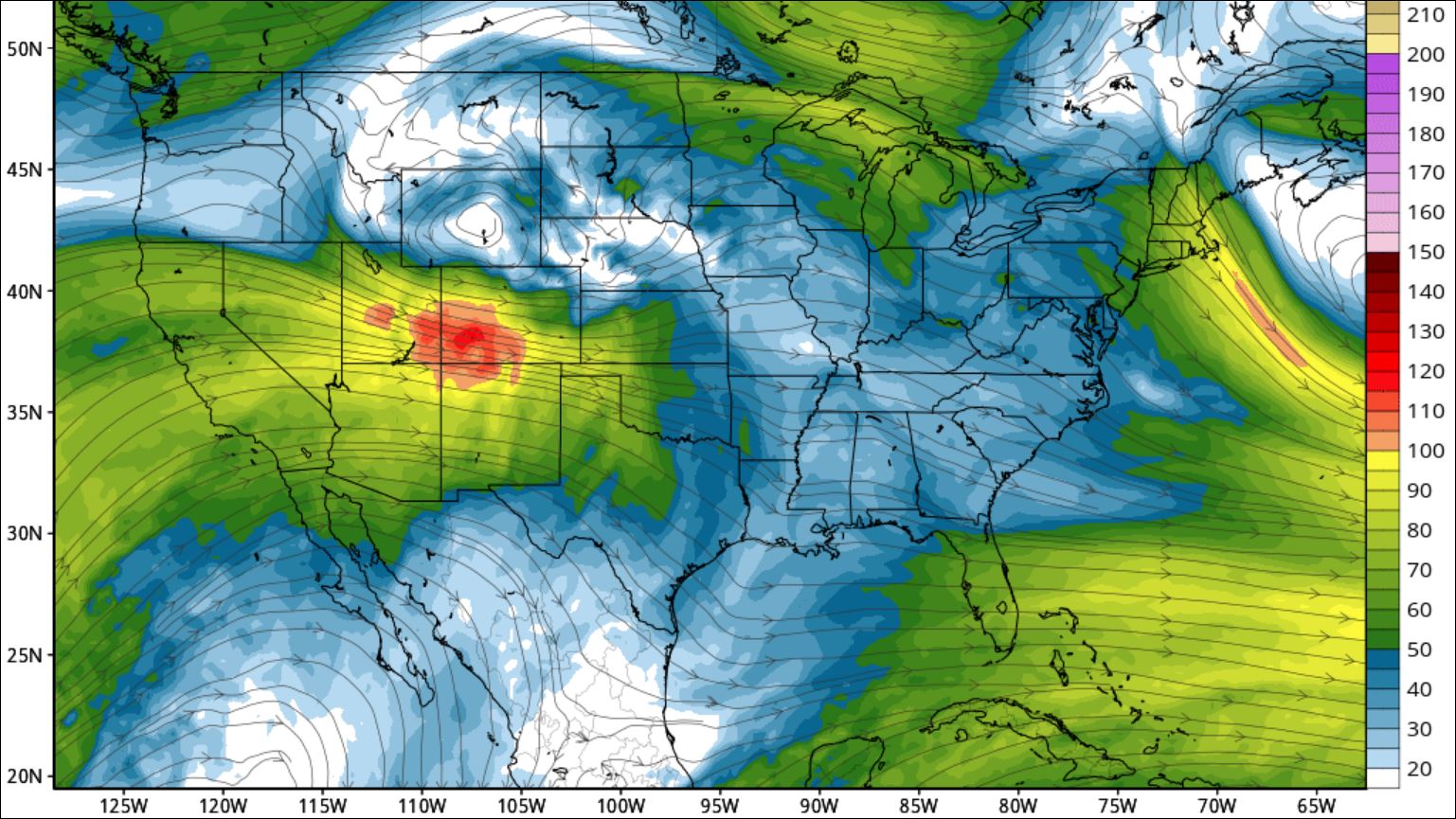 Jet streams are fast flowing, relatively narrow, meandering bands of strong wind in the upper levels of the atmosphere.  The winds blow from west to east in jet streams, but the flow often shifts to the north and south.  Jet streams follow the boundaries between hot and cold air.  Since these hot and cold air boundaries are most pronounced in winter, jet streams are the strongest during both the northern and southern hemisphere winters.
Jet streams travel in the tropopause — the atmospheric interface between the troposphere and the stratosphere — at altitudes of about 8 to 15 kilometers (5 to 9 miles).  Their strong air currents, which tend to look like wavy, striated rivers when seen on a jet stream map, form when cold air and hot air meet.  Their winds blow at speeds that range from 129 to 225 kilometers per hour (80 to 140 miles per hour), but they can reach more than 443 kilometers per hour (275 miles per hour).

Scroll down to learn more about “jet streams”.

Click/tap here to find out how the jet stream impacts astronomical “seeing”. 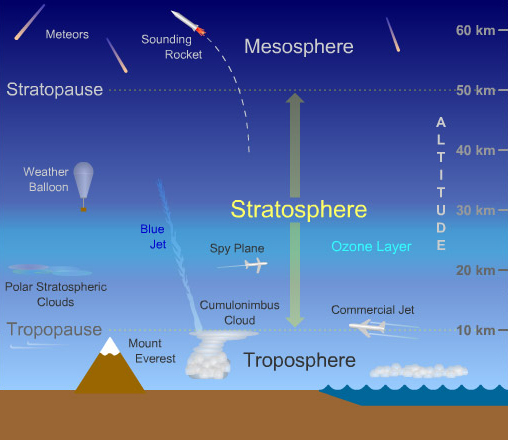 Jet streams travel in the tropopause
along with commercial jet airliners!